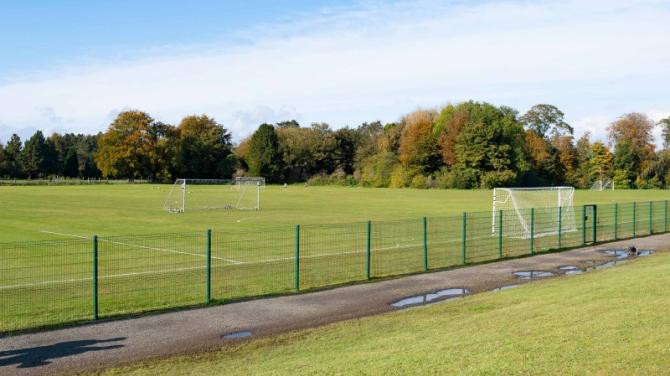 THERE will be no local football for the next four weeks, apart from at Elite Level.

That means the game falls into line with GAA, rugby and hockey which have also suspended all fixtures during the coronavirus ‘circuit breakjer’.

In a statement, the Irish Football Association said: “All football training and matches below elite level will be suspended as of 6pm Friday (October 16) due to further COVID-19 restrictions imposed by the Northern Ireland Executive.

“Elite level is categorised in Northern Ireland as matches in the men and women’s NIFL Premiership as well as international matches involving Northern Ireland representative teams and will be the only games allowed to take place during this period.

“Irish FA Foundation programmes, including Electric Ireland Shooting Stars and McDonalds Fun Football, will be postponed for the next four weeks whilst unfortunately the Nutty Krust Hallowe’en Football Camps are now cancelled.

“Protocols laid out in the Irish FA’s ‘A Return to the Everyday Game’ document will be suspended and will not be applicable to grassroots football, both training and matches, during this period.”

“Our priority is, and has always been, the return of football, both training and matches, in a safe and responsible manner and we will continue to work with stakeholders across the game to meet that objective.”