'A bad day at the office' 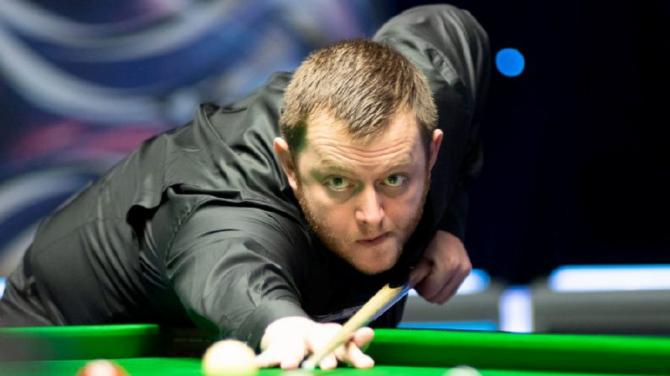 MARK ALLEN admits the heartache of losing in the Northern Ireland Open was eased by the tournament being held almost 300 miles away from Belfast.

The Antrim ace fell to a 4-1 defeat against world number 25 Scott Donaldson in the third round to extend his disappointing run of form at his home tournament.

He had beat Robert Milkins 4-2 on Wednesday to advance to the last 32, despite some ‘unpredictable behaviour’ on the baize.

“The table was awful, So bad,” said mark afterwards.

Allen has never reached the semi-final of the Home Nations event since his maiden appearance in 2016, usually held at Belfast’s Waterfront Hall but this year at the behind closed doors Marshall Arena in Milton Keynes owing to Covid-19.

The Champion of Champions lamented his inability to get going but says the lack of expectation dilutes the pain of defeat.

Asked if the intensity of emotion matched that of losing in Belfast, the 34-year-old said: “It doesn’t feel that way at all this year.

“To be honest I never really got started today – I lost the white a few times when I had chances in the balls but all in all, Scott played much better than I did and deserved the win.

“He was due to get one over on me but he completely outplayed me today. The few chances that I had, my positional play wasn’t as good as it has been.

“Scott was very good over distance – his long potting was very good, some very good safety so all in all it was a good performance by him.”

The Scot, who had never previously beaten Allen on the six occasions they’d met, struck breaks of 86, 74 and 51 and while Allen levelled the scores with a 61 in the second, Donaldson rattled off three straight frames to move into the last 16.

Next up for Allen is a tilt at the prestigious UK Championship, one of snooker’s Triple Crown events alongside the World Championship and Masters which is also being held in Milton Keynes.

Allen has reached the final and semi-finals in York over the last two years and reckons his game is in good enough shape to launch another assault on the title.

“I know my game’s good – I know I still need to work on a couple of things but all in all I’m not going to get too down on myself because of one poor day at the office,” he added.

“I’m just looking forward to the UK Championship – it’s a shame we’re not going to York.”