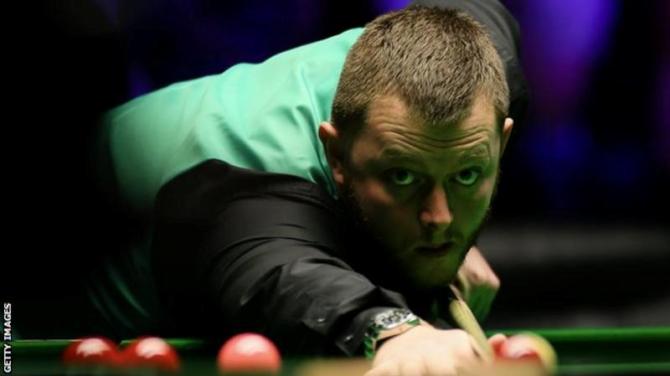 ANTRIM’S Mark Allen suffered an early exit in the UK Snooker Championships after falling to a shock second-round 6-5 defeat to China’s Chang Bingyu.

It was a curiously up and down affair - and for a time it looked like Allen would limp over the line.

The World number nine held a 5-4 lead only for 18-year-old Chang to battle back with a break of 93 in the 10th frame before sealing victory in the decider.

It is another disappointing defeat for the local man, coming days after he exited the Northern Ireland Open in the third round.

It also ripped up the form book,

Back in Novbember he appeared to be on top of his game after winning the Champion of Champions title.

And he did it in fine style too, notching up a string of apparently effortless century breaks.

Chang met compatriot Zhou Yuelong in the third round, while 2019 champion Ding Junhui will not defend his title having suffered a shock exit.

Mark had the best of the early exchanges.

He went ahead with a solid first frame break of 85 before Chang notched his first of two century breaks (109) to level the scores in the second.

A break of 133 in the fourth helped the teenager to a 3-2 lead after five before Allen regained the upper hand, only to surrender the deciding two frames.

Away from the table, Mark has paid tribute to Argentina soccer legend Diego Maradona, who died last week.

He was, said the Antrim man, ‘an absolute genius’.