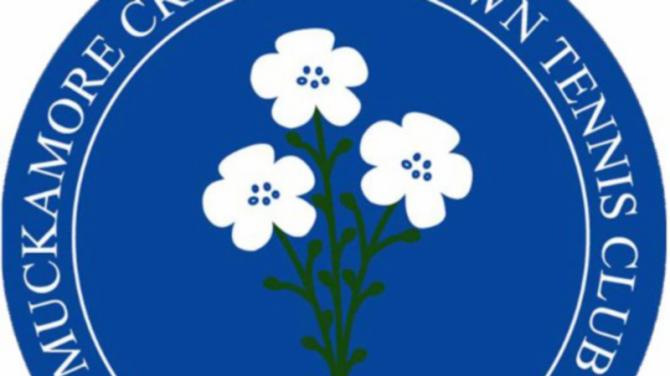 FOR the first time ever a Muckamore Cricket Club AGM was held as a Zoom Meeting with every member isolating because of the ever present COVID-19 pandemic.

A good turnout of about 40 members logged on to partake in the proceedings which was organised by the Club’s computer experts Michael Wilson and Benji Cathcart.

Club Chairman Trevor Barnett presided and welcomed everybody to the meeting.

Harry McFadden read the minutes of the 2019 AGM and they were unanimously accepted as a true and accurate record.

In his report the Chairman thanked all the Committee members for their loyalty and help throughout the season.

Since the pandemic struck the activities had been seriously curtailed and the difficult task of raising the funds to keep the Club going would have to be intensified and every member must do their part if they were to survive.

There is no doubt that this season has been incredibly challenging for the Club. The pandemic has had an adverse impact on everyone with many in the community suffering loss and hardship.

The Committee quickly assessed the position and realised that Club finances would likely be dramatically reduced, so actions were taken to cut costs.

As anticipated all income streams were impacted with substantial loss of monies from membership, sponsorship, fundraising and bar income. It was obvious that they would now struggle to meet commitments to service creditors, control the bank overdraft, cover Club insurance, pay for utilities and all the other costs involved in the running of the Club.

To further exacerbate the Club’s financial position and before the COVID crisis became apparent, the Committee had committed to two substantial projects, the Electronic Score Board, and a much-needed Ground improvement work schedule.

So how did Muckamore manage to deliver both these projects and stay within their Bank overdraft commitments, pay for Insurance Cover, pay creditors, erect a Players’ Pavilion, carry out maintenance and repairs to the Back Pitch changing room, implement ‘Return to Cricket’ protocols, paint the Clubhouse/Score Hut/Fencing plus the deliver on the many other aspects that it takes to stay on top of this Club and keep it viable?

A donation from main sponsor Orrson Homes enabled them to pay Club bills including the substantial Insurance Premium.

Over half the members reacted to a request to pay an Affiliation Fee which raised £3k. The Club made a request from existing and past members and this raised approximately £3k.

They received a ‘Sports Hardship Funding’ grant from the Department of Communities along with a three month relief on paying Business Rates and paid only nominal NCU fees.

The Club received ‘materials’ sponsorship from local Builder’s Merchant MacBlair which enabled them to build the Players’ Pavilion and carry out all the painting jobs that have the place looking so well!

The fantastic sum of £6,000 was raised from off-season fundraising efforts.

The chairman also acknowledged the support from a Council ‘Match it Grant’ which covered half the cost of the Main Pitch Electronic Scoreboard and the Back Pitch Manual Scoreboard.

In addition, they received a four-year sponsorship package from the RJW law firm.

The £3k ground improvement project was delivered with support from the Commercial Team and the Supporters’ Club.

Chairman Trevor Barnett expressed his appreciation to the ‘Thursday Morning Team’ - Paddy O’Hara, John McCormick, Ivor McMeekin, Harry McFadden, Charles Henderson and Fred Ashton - for all their hard work for many weeks in and around the Club.

“So getting back to playing cricket in July was a great relief and it made all the effort that was put in worthwhile,” said Trevor.

“Our Club Skipper Sam Gordon for his inspiring leadership on and off the pitch; to the hard work and dedication of Stephen Ball and Sarah Keates without which we would not have enjoyed the Clubhouse facilities plus the benefit of food and drink being made available.

“To my Vice Chairman Richard Keates for his support and his total devotion to the Club; to Club President Ivor McMeekin for his guidance and support in helping me deliver my role; to all our team captains, players, and supporters for helping make a potentially difficult season so successful.

“To every one of the Executive Committee for their incredible commitment to this Club; a big thank you to Jonathan Gordon, Charlie Henderson and our ‘rookies’ Michael Wilson and Benji Cathcart for their contribution.

“A particular thanks goes to Harry McFadden for his outstanding contribution, knowledge, great support and humour. His foresight brought about the Club’s response to COVID, instigating our reaction to the dramatic reduction in income and the suggestions he made to address membership fees to prompt a Committee approved proposal.

“Harry assisted with secretary duties and was the Club’s link to the NCU. He also organised and delivered the Ground Improvement Programme.

“The Club has been recently awarded a £10k grant from the National Lottery to refurbish the Club’s outdated toilet and changing room facilities and another grant of £1k from the Enkalon Fund to refurbish the Back Pitch.

“In addition our local MP Mr Paul Girvan visited the Club this week to look at how he could support the Club.

“Finally, can I assure all of you that throughout the off-season, there is a tremendous amount of work going on behind the scenes.

“We will endeavor to keep improving your Club and, in the spring, when you return to Moylena, you are in for a few very pleasant surprises both on and off the pitch.”

In summarising, the chairman commented that the Muckamore Club had seen off a difficult year and had came out of it strong with two key players Jamie Magowan and Callum Weir both returning to play next season which will give the members a boost for the 2021 season which lies ahead.

The Club Accountant Barry Millar, reporting on the Club finances, stated that creditors were paid off and the bank overdraft reduced.

The Club has done very well regarding COVID-19 requirements but warned acquiring sponsorship may prove to be tough in the current economic climate therefore membership involvement would be vital in the coming years.

He thanked treasurer Jonathan Gordon and commended his input and contribution as ‘invaluable’ to Muckamore’s present financial status.

Many thanks also went to the Commercial Team and Supporters’ club for contributions and their continued assistance.

Treasurer Jonathan Gordon thanked Mr Millar and reiterated the need for the continued support of members to ensure the survival of the Club.

A Notice of Motion from the Executive Committee was tabled to amend Rule 10 to include three new positions on committee - namely First team Captain; Public Relations/ Social Media Officer and Child Protection and Safeguarding Officer - was unanimously passed by the meeting.

New Membership Fees for the incoming season were proposed and accepted by the meeting.

Club team Captain Sam Gordon reported that in March 2020 nobody could have predicted what was to come next, particularly as they were preparing for the new cricket season.

However, once clarification was received from Government of the lockdown being implemented and the suspension of all sporting activity Muckamore were all ‘stunned’.

This was a period of uncertainty for everyone and a worry that the club may not get any cricket played at all.

However, the NCU quickly focused and suspended the cup competitions and normal league set up and instead, between July and September organised a 20/20 league structure for all teams doing everything they could to support the clubs, schools and the wider cricket community to navigate the pandemic, in the hope that they could return to action later in the summer.

Att Muckamore it was decided that they would concentrate this season on playing just four teams in the reorganised set up as well as a ladies team.

In their ten team league the Firsts finished third just losing out as champions when beaten by the eventual winners Cregagh in their last match.

Following their relegation from the Premier League last season they had the freedom to give some younger players their chance and teenagers Ewan Wilson, Arnold Oduvelil, Jamie Jackson, Luke Allen, Chinmay Dakhane, Philip Skillen and Jude Keates performed well.

David Steen also emerged from the ranks and he excelled to grab his chance to finish as the top bowler on the team.

The Seconds captained by David Gill had a tough season and only won one of their seven matches to finish bottom of Junior League.

The Thirds in their six match league finished second with 12 points behind winners Carrickfergus Thirds.

The Fourths under Captain Benny Oduvelil in their six match league won it with 18 points, four points clear of second placed Cliftonville/Academy Thirds.

The Bluebelles also played a restricted programme losing to Waringstown in the Cup semi final and to the same team in the play off for the league title.

On the bright side it was very good that several Bluebelles were selected for NCU teams; Amy Caulfield, Joanne Logan and Nikki Niblock on the senior team; Becky Hall on the Under 23 team; Caria Murray on the Under 15 team; and Emma Laverty and Zoe Jenkins on the Under 13 team.

There were Club congratulations to them all.

In light of the imposed severe COVID-19 restrictions the Executive Committee decided to only make the following Club Awards this season.

The David Gill Memorial Cup went to Sam Gordon who has had a great first year as Captain, being the team’s top run scorer as well as taking a handful of wickets with his bowling and field catches to set a fine example for all members.

The Dr Freeman Cup for the best Under 19 Club Player was won by teenager Ewan Wilson in his debut season where he scored his maiden half century going on to represent the NCU Under 17 squad, the NCU emerging Knights squad and the Irish Under 17 squad.

The McCulloch Family Cup for the Seconds team Player of the Year went to Jamie Jackson whose much improved batting performances made him the team’s top scorer of the year.

The George McCombe Cup has been awarded to teenager Calum Stewart for his efforts on the Thirds team this year.

The Moylena Cup for the best player on the Fourths team went to Pawan Kumar for his enthusiastic batting and bowling for the team in every game.

The chairman then declared all offices vacant and asked the President Ivor McMeekin to take the chair.

The Executive Committee had decided to try and restore the full complement of teams this coming season and the team officials were elected as follows:

Club President Ivor Mc Meekin expressed his thanks to Simon Thompson and his team for the great progress being made on the 150th anniversary book and asked that anyone who might have photos or anything of interest or relevance to please contact Simon.

Jonathan Gordon reminded everyone that tickets for the annual Christmas draw are now available from himself, Sam Gordon or any member of the Executive.

Before closing the meeting chairman Trevor Barnett expressed the sincere thanks of the Club to the hard work of retiring secretary Sandra Prentice who had served the Club in various roles over the last ten years and gave assurance that she would remain part of the Muckamore family for many years to come.

As there was no further business the chairman thanked all who attended and the meeting was closed at 9.15pm.

Car washes and 'outdoor retail' to open from April 12