COVID survivor gets on his bike for NHS heroes 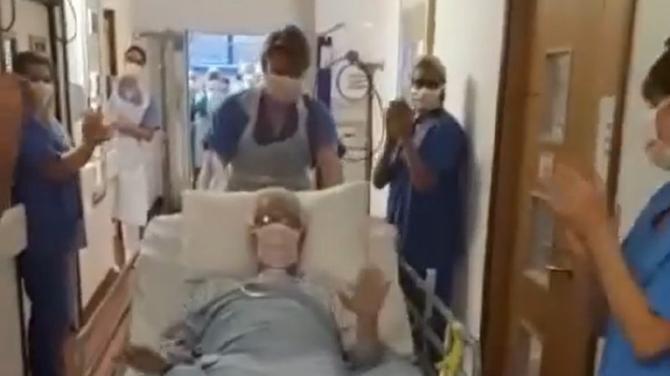 A LOCAL man who spent weeks in Antrim Hospital during the first wave of the pandemic has got on his bike to thank the NHS heroes who brought him back from the brink.

Gerard McLarnon was laid low for 57 days, the majority of which were spent in Intensive Care. Friends and neighbours turned out in force to greet the local man home after his epic battle against COVID-19.

Members of that same community supported his decision to thank the medics for the ‘wonderful care’ he received.

Along with members of Creggan Wheelers Cycling Club, Gerard raised £4,648 for Antrim Area Hospital which will go directly to the Northern Health and Social Care Trust’s Virtual Visiting Project.

With visiting severely restricted due to COVID-19, patients will be able to avail of iPads in order to see and chat to their loved ones on a virtual basis.

The Virtual Visiting Project will be rolled out to all inpatients in an enhanced way, thanks in no small part to the generous gesture from the Wheelers.

Creegan Wheelers and Kickham Creggan's GAA member Gerard McLarnon was on hand to present the cheque to the Antrim Area Hospital this week.

In an interview back in October, Gerard revealed that he was ‘overwhelmed’ by the medical care he received during his darkest hours.

Getting stronger by the day, he decided that it was time to get back on his bike - something that would have been unimaginable just a few short months ago.