Tributes paid to GAA stalwart who died on Christmas night 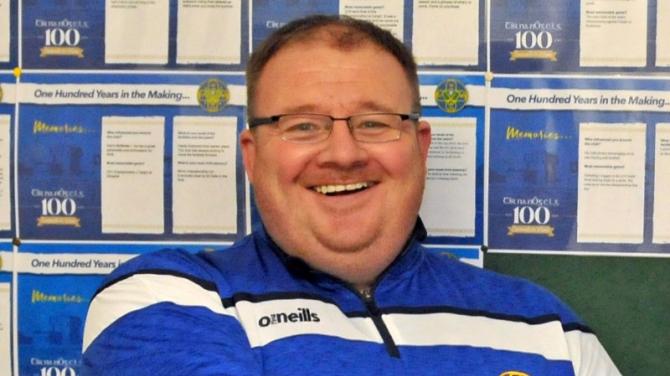 WARM tributes have been paid to a local GAA stalwart who died suddenly on Christmas night.

James McVeigh, who was just 42, passed away in his sleep in the home in Randalstown he shared with his mother.

He was coach at Tír na nÓg GAC in the town, and a spokesman said he had ‘dedicated his life’to the club.

“James was a much-loved member of our community, who lived for GAA and his family, including his nieces and nephews whom he adored,” he added.

“He will be deeply missed by everyone who knew him.”

Mr McVeigh had coached senior camogie at Tír na nÓg, along with the under 21 squad, before becoming joint senior hurling and men’s football coach.

And in September, the local man led Tír na nÓg to a memorable victory over Belfast side Rossa in the Antrim Intermediate camogie final.

In a moving tribute posted to social media this week, a Tír na nÓg spokesperson described James as a ‘dear friend’, and spoke of his recent success with the team.

“As a club we are lost for words. It is with a heavy heart that we announce the loss of our dear friend, committee member, former senior camogie, Gaelic for mother’s and others and u21 coach, former juvenile coordinator and current senior dual hurling and football coach, James.

“For the first time in our club history James helped to deliver a much sought after Intermediate Hurling Championship only months ago.

“We extend our sympathy to James’ family circle. We offer our condolences and will do all we can to support you in these challenging times.

“He was a gentleman, an Irishman to the core who dedicated his life to his family, Irish culture and Tír na nÓg. We extend our sympathy to Jim and Louise and to all his family circle.

“May his noble Irish soul rest with God. We will never forget you.”

Antrim hurling captain Conor McCann was among those to post a personal tribute to James.

In a tweet, he wrote: “If you’re involved in GAA in Antrim and in particular the south west area, you’d have met or crossed paths with James,” he said.

Describing him as a ‘hard working coach and volunteer’, McCann said James had recently congratulated him on leading the Antrim side to victory in the Joe McDonagh Cup final.

“He sent me a message a few weeks ago wishing our team well and was always thinking of others,” McCann added.

James, who lived with his mother in Randalstown, was also an English and politics teacher for children with learning difficulties.

A former pupil said this week that James was ‘a man who went beyond the role of a teacher and helped so many through so much with his own time and wisdom’.