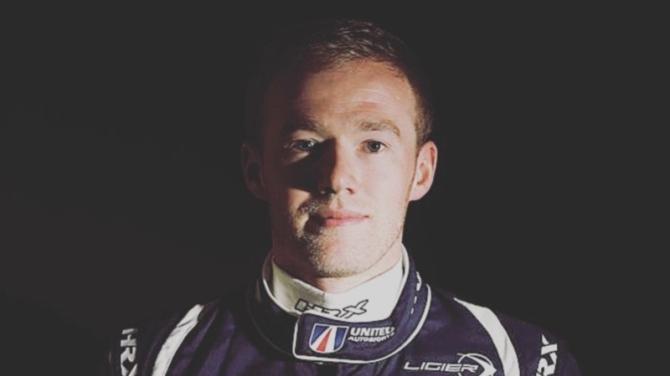 TEMPLEPATRICK race driver Wayne Boyd is celebrating this week after playing a key role in a historic victory in Abu Dhabi.

The crew of Wayne Boyd, Manuel Maldonado and Rory Penttinen won the race from second on the grid, marking their third visit to the top step of the podium in the championship.

United Autosports also finished second in the LMP3 championship, after Jim McGuire, Duncan Tappy and Andrew Bentley in the #3 AERO Ligier JS P320 notched up a second and third.

Completing their podium lockout was the #2 crew of Ian Loggie, Andy Meyrick and Rob Wheldon, who crossed the line third in their race.

he trio also finished fourth in the championship standings at the end of the four race series.

The next race for the team is the IMSA WeatherTech SportsCar Championship Mobil 1 12 Hours of Sebring, held on March 18-20.

And Wayne Boyd has every reason to be upbeat,

“A race win and the Asian Le Mans Series Championship win – it couldn’t have gone any better.

“A fantastic job by everyone. Both Rory and Manuel did great stints and the guys gave us a fantastic car – everyone played their part.

“It is fantastic for United to have a podium lockout. It’s not very often you see that and it speaks volumes about the team.

“They’ve done a phenomenal job throughout this series and they always do. A huge thanks to everyone.”