The making of a champion 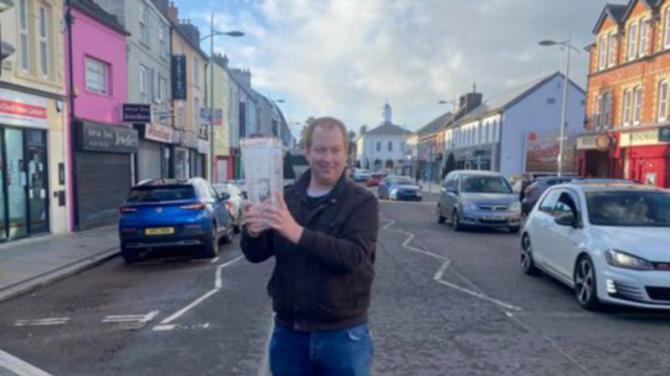 AS Jordan Brown begins a new chapter in his career, the Guardian examines his rise and the prospects for future snooker success in Antrim.

In truth, we should have seen it coming.

Jordan Brown may have been a 750-1 outsider to win the Welsh Open, and the lowest ranked tournament winner since Dave Harold in 1993. Yet the signs of his ascendance were there.

In August 2020, a belated start for the World Championships in Sheffield saw Jordan earn his Crucible debut, battling with dogged determination through three qualifiers against Rory McLeod, Hossein Vafaei and Ryan Day.

With strict restrictions on spectator sports, the Crucible took on an eerie, empty atmosphere, haunted by receding footsteps and simulated applause. Jordan’s determination at the qualifiers was rewarded with a tough opponent in the form of Mark Selby, and a hard-fought edgy match saw defeat at 10-6.

Yet this short Crucible appearance reintroduced to the snooker public the unfamiliar sight of two Northern Irish players on the TV tables, and whilst O’Sullivan would lift his sixth title, pundits began to speculate on the personality shift in snooker.

With the proliferation of tournaments and a much needed injection of prize money under the stewardship of Barry Hearn, snooker is no longer defined by its stars. Judd Trump and Ronnie O’Sullivan may enter each campaign with the assurance of a few identikit triumphant press conferences clutching silverware, but snooker increasingly relies on outsiders and underdogs to make the headlines.

This trend began in 2016, when Londoner Mark King overturned favourite Barry Hawkins at the Northern Ireland Open to lift his first title; King was battling a gambling addiction and borrowed the entrance fee from his expectant father.

Then came success for journeyman Anthony Hamilton at the German Masters in 2017, securing his first title at 45, fulfilling an endless stream of Quarter and Semi Final runs over a quarter of a century.

In April 2018, the bookies expected an O’Sullivan v Selby or Trump v Ding Junghui final, but instead Mark Williams and John Higgins, two of the elite ‘Class of 92’ reclaimed former glories and reached the final, with Williams in a state of such disbelief in victory that he promised to attend his post-match interviews wrapped only in the Welsh flag!

By December 2020, Judd Trump had emerged from the Northern Ireland Open with three consecutive final wins over Ronnie O’Sullivan and was confident of securing his second UK Championship, but was beaten in a final frame after midnight by Australian Neil Robertson, who has come out in recent years about his ‘addiction’ to computer games, forced to go cold turkey after losing months of concentration on League of Legends and World of Warcraft.

Thus in January, when Jordan defeated former World Champion Graeme Dott and budding Welsh youngster Jamie O’Neill in a run to the quarter-final at the German Masters, he gained invaluable experience of the latter televised stages of a tournament, and was saw off only by a dependable Barry Hawkins.