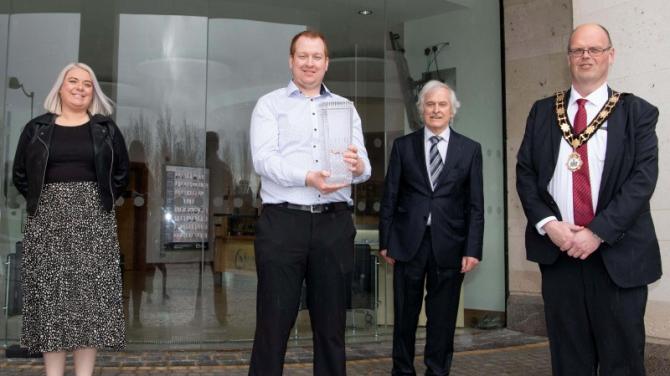 Jordan Brown gleefully ripped up the script when he overcame Ronnie O’Sullivan in a thrilling final.

Councillor Montgomery was watching from home, and he was keen to hold a reception for the returning hero at the Civic Centre.

“I was delighted to meet up with Jordan to congratulate him on his recent win in the Welsh Open,” he said.

“I am delighted that his hard work and commitment over the years is coming to fruition.

“It was interesting hearing about the competition and how he coped so well during what was a nerve wrecking final for many of us viewers.

“I also got the chance to wish him well during the upcoming world championship qualifiers and hopefully he makes it through to the main event to join our other local snooker champion Mark Allen.”

One week left to apply for Spend Local cards