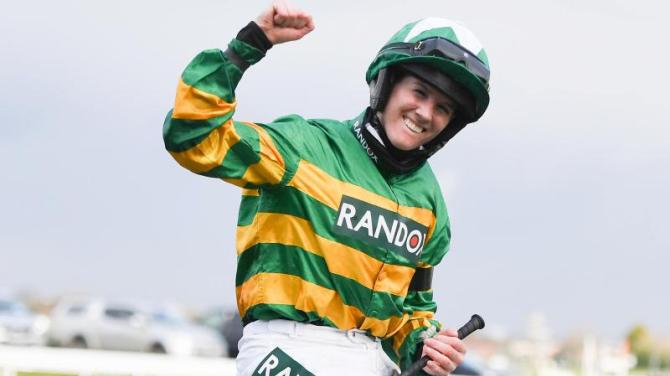 IF anyone doubted the prudence of the decision to sponsor the Grand National, the dramatic events at Aintree on Saturday certainly ensured that the name Randox was flashed around the world!

History was made when Rachael Blackmore crossed the line to become the first female jockey to win the sport’s biggest race.

The win came just three weeks after Rachael became the first female jockey to be crowned top rider at the Cheltenham Festival.

There was also a prize for owner JP McManus which was accepted by Moneyglass man - and fellow Freeman of the Borough - AP McCoy.

The local man was the natural choice as he had ridden JP McManus’s only previous Grand National winner when triumphing on Don’t Push It in 2010.

And McCoy was fulsome in his praise of the 31-year-old winner.

“Look it’s a brilliant thing for horseracing that she’s won,” he said.

“She’s an amazing rider and she proved that at Cheltenham, but to win the biggest horse race in the world is great for the sport.

“It’s great for her but it’s brilliant for the sport as well.

“It gives every young girl hope of winning the biggest race in the world and winning any racing for that matter - she can do it all.

“It’s a brilliant achievement and JP will be delighted.

“To win this race is very special and for her to do it on one of his horses is great.”

As for Rachael, she was not even thinking along gender lines.

“I don’t feel male or female right now,” she said.