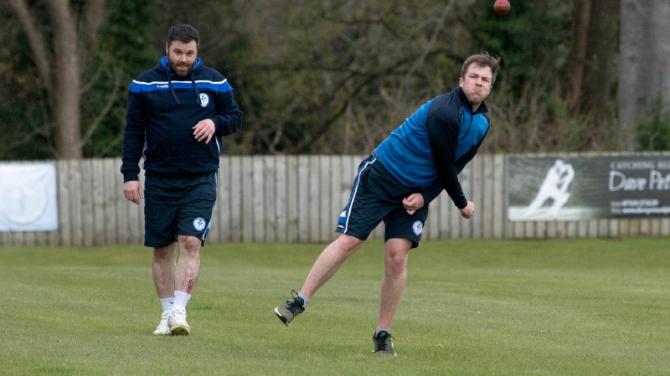 LAST week saw the return of cricket to Muckamore Cricket Lawn and Tennis Club at their ground Moylena in the Technology Park.

In line with government protocols, the adult sides returned to training in group sizes of 15. It is hoped that junior training for the club’s youth section will return next month, as per the guidelines.

The players were back working hard on all aspects of their game including bowling, batting and fielding ahead of the planned NCU start to the season next month.

First XI captain Sam Gordon said it was the day they had been waiting for.

“It is great to have everyone back training as we were unsure for a while whether we would get any cricket at all, but there seems to be some light at the end of the tunnel and hopefully the season will go ahead as planned,” he said.

“The quality of this week’s sessions have been very high, with our new players integrating well and meeting everyone.

“There is a real buzz about the place and I know everyone is excited for the next few months ahead.”

Training for the club takes place on Tuesdays and Thursdays for the men’s teams from 6pm to 8pm and on Wednesday nights for the Bluebelles team. If you are interested in playing or would like to know more about the club, please get in touch with the club’s membership secretary Sarah Keates on 07549832405

Club captain Sam Gordon recently confirmed that Jamie Magowan has returned from North Down and Callum Weir from Templepatrick along with new recruit James McClean from Ballymena.

So all in all the squad will be stronger than last season and it is hoped that cricket can return to as normal as possible.

With expectations high it has been decided to try and run with six Saturday League teams, two mid week teams, two ladies teams as well as the Under 11s, Under 13s and Under 15s teams, with everyone adhering to the strict COVID Rules that are in place.