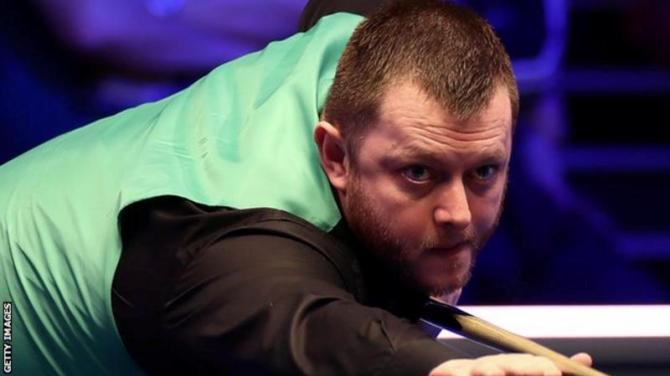 FORMER Masters champ Mark Allen has revealed that he may ‘take a bit of a break’ from snooker to resolve issues away from the table.

The Antrim man was knocked out of the World Championships at the Crucible this week, going down 13-7 to Mark Selby.

It has been reported that earlier in the tournament he had asked for his former partner to be removed from the practice area.

“There have been several cases of players asking for people to be removed when they’re practicing ahead of a match,” he said afterwards.

“I’m not sure why there is a fuss about this one.”

A BBC spokesman confirmed that they had responded to a request from the Antrim ace, who asked to be allowed to prepare for his match ‘without distraction’.

Allen had been involved in a relationship with player turned pundit Reanne Evans from 2005 until 2008, and they had a child together.

Speaking after he crashed out of the tournament, Mark confirmed that he planned to take a bit of time away from the game.