Success on a Plate for the Bluebelles! 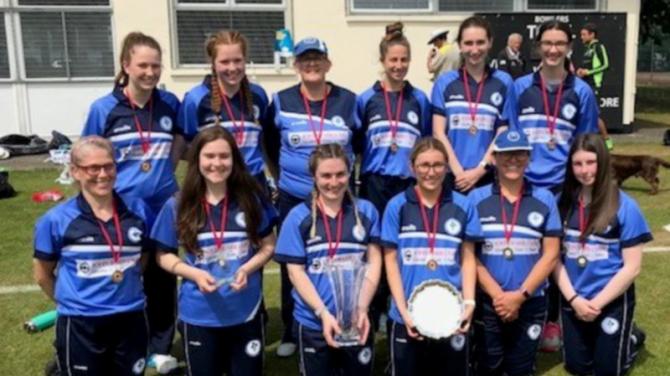 WHAT a week it has been for the Bluebelles!

The Muckamore Bluebirds Seconds travelled to Seapark to play Holywood Ladies Seconds in the final of the Gallagher Women’s Plate Final.

The Bluebelles batted first and scored 118 runs for the loss of just four wickets in their allocated 20 overs.

Their top scorers were Lynn Lyness who scored 25 runs and Jackie Robinson who was unbeaten with 18 runs.

But that total proved to be just to high. Holywood could only score 94 runs for nine wickets in reply to give the Muckamore Bluebelles the 24 run victory.

Holywood’s top scorer was E Skilling who was not out with 16 runs.

The Muckamore Bluebelles Fiona Murray won the ‘Player of the Match’ Award. Well deserved too!