Evie (12) sets her sights on stardom 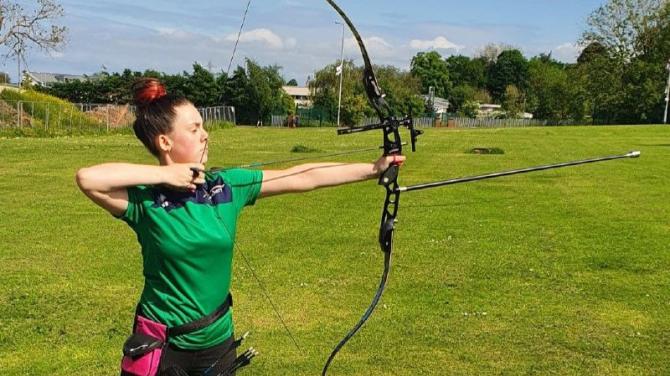 A TALENTED 12-year-old who started her career at Muckamore Company of Archers has added another string to her bow.

Evie Barker recently broke a Northern Irish record by being the youngest archer to shoot 50m.

Incredibly, Evie first picked up a bow and an arrow just over a year ago - and she is already being tipped as a future Olympian.

Described as ‘a natural’ by coaches, she is expected to soon begin representing Northern Ireland in competitions.

Having joined Muckamore Company of Archers, Evie, who is also a star student and young carer for her mother, was talent spotted by Archery GB’s, Damien Lennon, whose job it is to find international talent.

Lennon has not seen someone display this depth of talent so early on in their archery career before.

As her Academy Coach, he believes that, if she remains on this pathway, she has what it takes to reach the Commonwealth Games and, in turn, future Olympics.

And that’s exactly what the Glengormley girl intends to do.

“In archery, some people can’t get past that 30m mark,” she said.

“It took me quite a while so I got a new bow and in the end was able to shoot that 50m and broke the record, which is something I am exceptionally proud of.

“I haven’t been shooting long but I am really focusing on my training in the hopes that one day I’ll make it to the Olympics.”