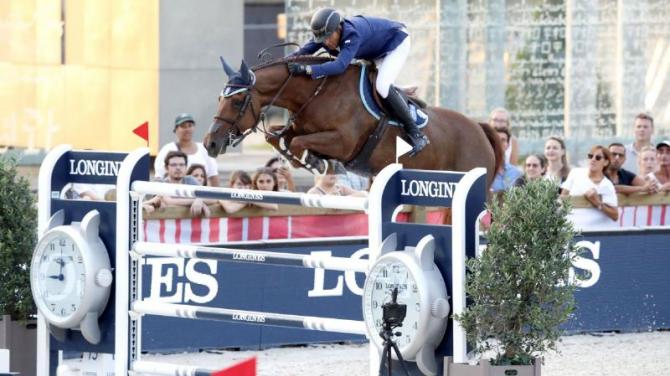 A TEMPLEPATRICK based showjumper has been left shocked after he was not selected for the Egyptian Olympic team despite being one of the country’s most successful riders in history.

Sameh El Dahan, who is based at Sycamore Stables with Joanne Sloane Allen, was the first Egyptian rider to qualify for the World Cup finals with Pepperpot, the first rider from an Arabian country to win a Rolex Grand Slam in the most valuable Grand Prix in the world at Spruce Meadows with Sumas Zorro and in recent weeks on WKD Aimez Moi taking second place in Paris and for the second time qualifying for the GCT Prague playoffs - the richest final in showjumping.

He is currently ranked 202nd in the world.

The team were forced to learn online that he was not being included in the Tokyo line-up, even though he was part of the original team who won Egypt a place for the first time in 60 years.

He is the third highest ranked Egyptian rider in the most recent Longines listings behind Abdel Said and Nayal Nassar and was named Rider of the Week in Paris, placing second in the 160m Grand Prix behind Great Britain’s selected rider Ben Maher.

However he learned on social media that he was not going to be on the Olympic team, despite many attempts to seek clarification.

Joanne Sloane Allen said: “Sam has consistently been one of the top placed riders in every championship he has competed in - he has great strength, experience and showed his ability to win under extreme pressure.

“I am saddened for the inexplicable reasons behind his non-selection especially as regardless of many attempts for clarification of his position on the team over the last few weeks he has been consistently stone walled and fobbed off and we have at our own expense been put through the pointless task of preparing our mare and team for quarantine in Aachen - a simple phone call or even email to Sam I feel would have been common courtesy to the one of the country’s senior riders.”

Despite the disappointment, Sam and Aimez Moi have been picking up podium places all week at a prestigious competition in Italy.

He said: “We must keep faith that in life truth, honesty and integrity will always win - maybe not today, maybe not tomorrow but someday - we must not lower our expectations to meet others levels instead fight to make them raise theirs.”