Allen drawn to play his ex - cue some must-see snooker! 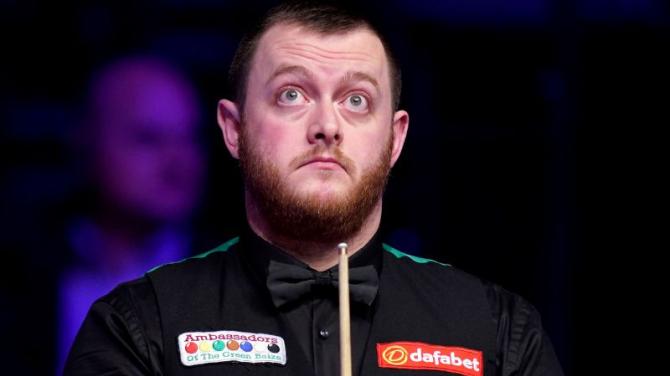 ANTRIM snooker ace Mark Allen certainly knows a thing or two about handling nerves on the big occasion - but the upcoming British Open promises to be a whole new ball game.

For the former Masters champ has been drawn to play his ex - 12 times women’s World champ Reanne Evans.

The pair, who split in 2008, are currently embroiled in a legal dispute about maintenance payments for their 14-year-old daughter.

Jason Ferguson, chairman of the World Professional Billiards and Snooker Association, confirmed that both players had ‘provided reassurances that should they meet in a tournament they would conduct themselves professionally, and treat the opponent like any other player’.

That’s the theory, anyway - in practice it may prove to be more of a long shot.

They last hit the headlines back in April when ‘The Pistol’ had BBC pundit Evans controversially removed from the TV studio at the Crucible during the World Championships.

The former Masters champion was practising before the 10am start of his first match against China’s Lyu Haotian in Sheffield - and claimed that her presence was a ‘distraction’.

After discussions between World Snooker Tour and the broadcaster the 35-year-old from Dudley was asked to go and reluctantly consented.

Speaking about his plea for Evans to leave, Allen said that there had been several cases of other players asking officials for people to be removed while they were practicing.

“I’m not sure why there is a fuss about this one,” he added.

The pair will not be able to avoid each other when they meet in Leicester, however.

It is a draw neither would have wanted - but TV chiefs will undoubtedly be rubbing their hands together.

For Mark Allen, who has had a tumultuous year, there may be a sense of inevitability about it all.

As well as the ongoing maintenance row, he has also been going through divorce proceedings.

In May after he crashed out of the World Championships he confirmed that he planned to take a bit of time away from the game.

Later that same month he filed for bankruptcy - despite earning an estimated £3.3 million from the game.

Reanne is the most successful player the female game has ever produced - and both she and Mark will surely be treating their encounter as if it is the final.

The nation, undoubtedly, will be watching.