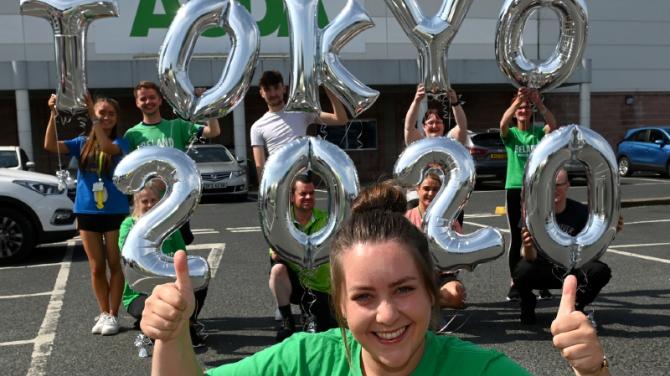 A MEMBER of the team at Asda Antrim is having a ball this summer - cheering on her sister at the Tokyo Olympics!

Lyndsey McCay has been burning the midnight oil following the heroics of sister Shirley on the hockey pitch. And she’s loving it!

Originally from Tyrone, Shirley has represented both Ulster and Ireland since she was 14 and is currently the most capped female athlete across all sports in Ireland with more than 300 appearances in the green shirt.

Shirley has dreamt of qualifying for the Olympics since she was a child and those years of hard work and dedication have certainly paid off.

As an avid hockey player herself, Lyndsey has been with Shirley every step of the way and has been looking forward to supporting her sister’s Olympic debut.

“I am extremely proud of Shirley and all that she has achieved over the years,” she said.

“I have never met anyone with as much commitment and dedication to her sport.

“It’s great to see Asda is with me in supporting Shirley!

“As we can’t travel to Japan due to COVID-19 restrictions, a few of our close friends and family will be cheering her on at our family home in Drumquin.

“With the time difference in Japan, there will certainly be a few late nights in our house, but we can’t wait!”

The Ireland hockey team had their first win last week beating South Africa 2-0 in their opening match in Tokyo. But it was not to be - and the girls were eventually knocked out by England.