Red Chillies are too hot to handle! 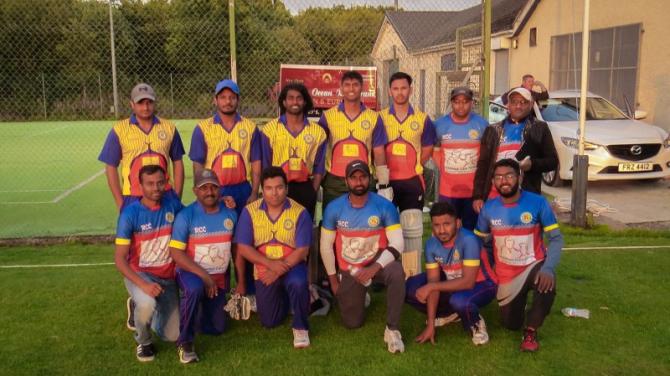 FOR the past month seven teams have been competing in the Red Chillies Pepper 20/20 Indian Cricket Tournament.

Sponsored by Hutchinson Care Homes and the Portrush Indian Ocean Restaurant the games have been played at Moylena by kind permission of the Muckamore Cricket Club.

The second of the semi finals will be played this evening (Tuesday) with a 5.30pm start between Ballymena’s Sanjha Tigers and BISC Seconds.

The first semi final was played last Friday evening between the Red Chilli Cricket Club, who are based at Muckamore, and BISC Firsts.

BISC batted first and scored 125 runs for the loss of five wickets.

Their top scorers were Raki Rakhi who scored 41 runs, Hari Rao who scored 20 runs and Anu Anup who was unbeaten with 16 runs.

Best of the Red Chilli bowlers were Roshan Jose who took two wickets for 22 runs and Aditya Adey who took one wicket for 18 runs.

The Red Chilli’s replied to score 126 runs for the loss of only two wickets to win the game by eight wickets.

Their top scorers were Joby Jose who scored 50 runs and Chinmay Dakhane who was unbeaten with 34 runs.

Weather permitting the final is scheduled to be played at Moylena this Friday evening with a 5.30pm start.

It was a week of mixed fortunes for Muckamore CC.

* See pages 46 and 47 for reports and pictures from all this week’s big games.