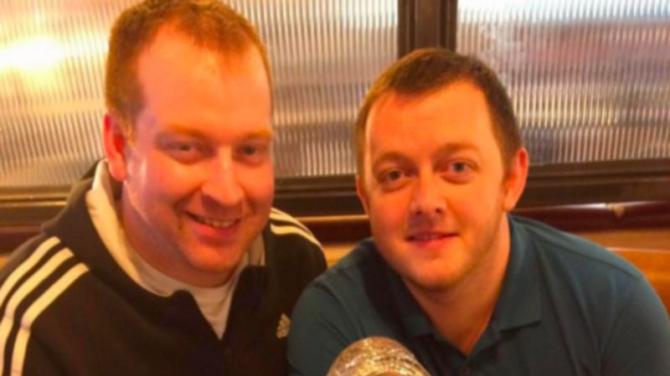 ANTRIM’S Mark Allen has been knocked out of the British Open following a 3-2 second-round defeat by Hossein Vafaei.

Allen, who edged out ex-partner Reanne Evans in his opening match, took the opening frame thanks to a 51 break.

But the 26-year-old Iranian battled back to win the next two frames.

While Allen recovered to tie the match at 2-2, Vafaei held his nerve in the deciding frame to advance to the last 32 after Allen had missed a blue.

It is Vafaei's first win over the 35-year-old world number 10 in five attempts and represents one of the biggest victories of his career.

Meanwhile, the draw for this year’s Northern Ireland open sees Allen face China's Si Jiahui in the opening round.

Defending champion Judd Trump - aiming for a fourth consecutive win in the tournament - has been drawn against Andrew Pagett with six-time world champion Ronnie O'Sullivan set to face Stuart Carrington.

Fellow Antrim man Jordan Brown, the reigning Welsh Open champion, was knocked out of the British Open too, going down 3-0 to Stephen Maguire.

Jordan will take on England’s Gary Wilson in the Northern Ireland Open, while current world champion Mark Selby is up against Mark Davis.