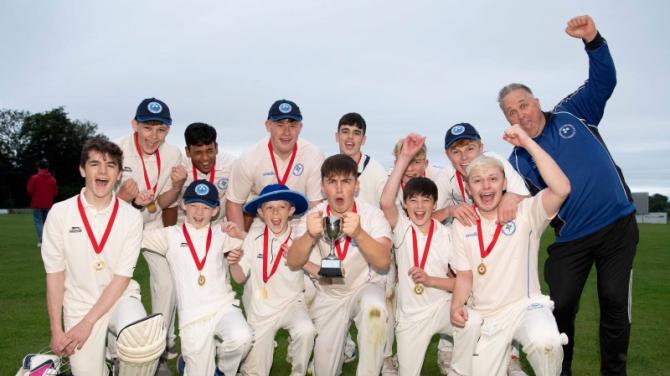 THERE were jubilant scenes at Moylena on Wednesday evening - and rightly so!

The Muckamore Under 15 boys met the Cliftonville/Academy boys in the Division One final of the Pedagogue Cup.

Muckamore batted first and scored a solid 165 runs for the loss of five wickets in their allocated 20 overs.

Their best batsmen were Jude Keates, who retired not out with 52 runs, and Peter Kane who scored 40 runs.

Best of the Clifton/Academy bowlers was J Shibu who took two wickets for 23 runs.

Cliftonville/Academy replied to score 91 runs for the loss of nine wickets in their allocated 20 overs to give Muckamore the 73 run victory.

Their best batsman was A Hewitt who scored 27 runs.

Also worthy of a mention are the two talented Muckamore youngsters.

N.C.U. Representative Seymour Murphy congratulated the winners and presented the Pedagogue Cup to the Muckamore Captain Jude Keates and medals to all the participating players.

A club spokesman said the result was further confirmation of the rich vein of up-and-coming talent at Muckamore Cricket Club.

“There are some great young players in that side,” he said.

“It augers well for the future here at Moylena.”

* See pages 46 and 47 for reports and pictures from the rest of this week’s big games.