From Antrim to the Algarve 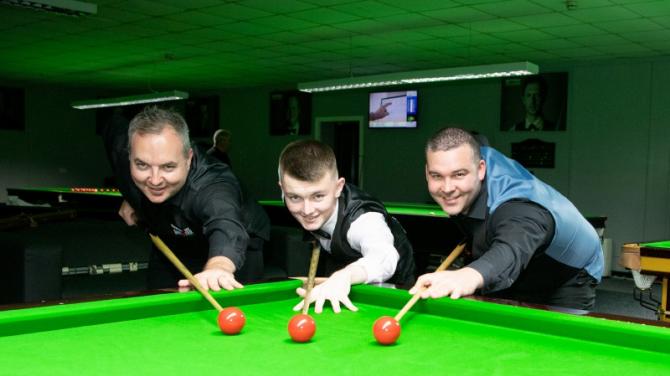 THREE local cuemen are off to the European Amateur Anooker Championships in Portugal.

The event takes place at the Vidamar Resort in Albufiera and is the second most prestigious event on the amateur event calendar after the World Amateur Championships.

The competition, taking place from October 7-14, was won back in 2004 by local legend Mark Allen.

There are 35 countries taking part, including five players from Northern Ireland - and three of those are from Antrim.

Also taking part is teenager Robbie McGuigan, taking part in the Under 18 and Under 21 events, having already made waves in the sport.

And completing the trio is Raymond Fry (37) , currently number four in the Northern Ireland rankings.

The winner will scoop a professional tour card for two years.

The three will all also be competing in the European 6 Red event, where the winner qualifies for the World 6 Red Championship against professionals.

Declan said: “McLeans Bookmakers are sponsoring me for the event.

“I was employed by them for 18 years but left my position in March and extremely grateful to them for still supporting me.

“They are great supporters of local sport.

“I am very excited about going and very privileged to be representing my country, it would be amazing to win it, I got beaten narrowly in the last 16 in 2015 and in the quarter finals last year by the eventual champion Andrew Pagget from Wales.

“I am hoping one of us from Antrim can go all the way!”