It's the Italian Job for Erin! 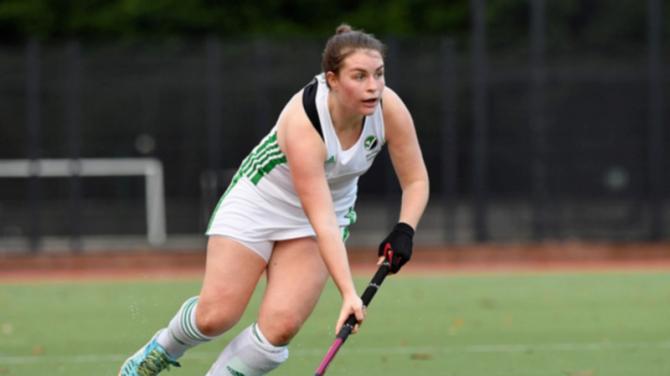 RANDALSTOWN Ladies Hockey Club have congratulated past player Erin Getty for winning a spot at the World Cup qualifying heats this week.

A spokesperson said: “This is an amazing achievement, she has been working so hard to get here...to all our junior section dreams really do come true.

“The Getty family are a big part of Randalstown Club with Amanda (Erin’Mum) being one of our committee members and past chairperson and Evie Getty (Erin’s Sister) who is a player in our senior section and a fabulous coach to our minis.

“We wish Erin all the best and can’t wait to watch her on the pitch.”

The eight-team competition will be played in a knock-out format with only one side earning a place at next summer’s World Cup which will be played at venues in Spain and the Netherlands.

Queen’s University’s Erin Getty was one of the guiding lights of the summer developmental series to force her way back into senior international reckoning.

She earned eight caps in 2017 and 18 before a number of injuries set back her progress.

“Erin played for Ireland before but never previously with me due to a long term injury which put her out for a while but, to her credit, she has worked really hard to get back into a position to be in the green shirt again.” said Dancer.