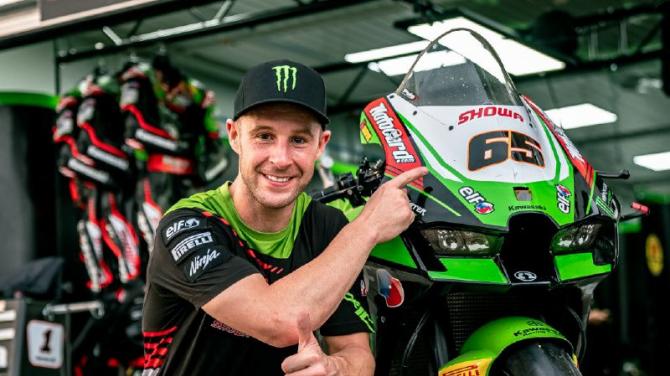 RACE ace Jonathan Rea says he is more determined than ever to reclaim his World Superbike crown after winning both races at the final meet of the season in Indonesia at the weekend.

The six-time champion, who lives in Templepatrick, won both races at the new Mandalika circuit in Indonesia, but it wasn’t enough to prevent Turkey’s Toprak Razgatlioglu from knocking the Northern Ireland rider off the top spot.

Postponed from Saturday due to torrential rain, Rea prevailed in race one by 0.670s from Razgatlioglu, with Scott Redding sealing the final place.

Rea then mastered the soaking conditions in the shortened 12-lap race two, coming out on top of a last-lap tussle with Redding.

Rea, who went into the meeting trailing Razgatlioglu by 30 points, saw his slim title hopes all but disappear when the Superpole race was cancelled after the organisers announced a revised Sunday schedule, leaving a maximum of 50 points available instead of the 62 on the table at the start of the 13th and final round.

Reverting to his lucky number 65 for 2022 after conceding the number 1 plate to Razgatlioglu, Rea is already planning his return to glory.

“I feel like with time and experience, the hunger to win is more and more and losing a championship, I can really park that emotion and respect Toprak but I want it back, I want to win again and that will make me work even harder in 2022,” said Rea, who won 13 races in total this season.

“This weekend, we knew the championship was out of reach – it didn’t depend on us.

“But I have no regrets and I can go home content, and massive congratulations and respect to Toprak,” he added.

“Honestly, I’m not happy to use the ‘65’ again because it means I lost the championship, but it gives me so much good feeling from when I joined Kawasaki, which was life-changing for me, and won a world championship in 2015.

“That number brings back all those memories but I’m going to go and work as hard as I can to get that number 1 plate back.”