Boyd back in the driving seat for 2022 Le Mans Cup 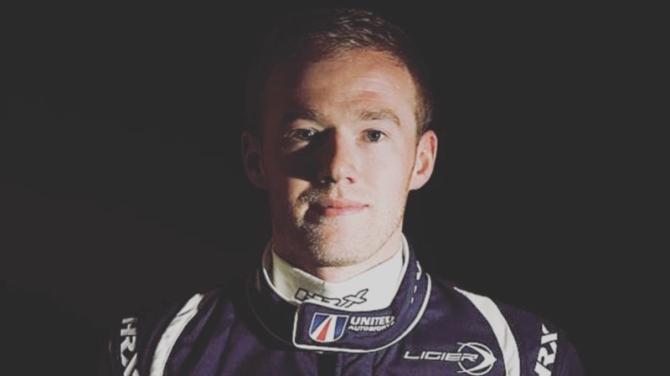 UNITED Autosports have confirmed that John Schauerman and Templepatrick’s Wayne Boyd will return to the team for the 2022 Michelin Le Mans Cup, in what will be their third season together in the championship.

John first joined United Autosports in 2020, racing alongside Wayne, with the pair finishing eighth in the championship with a season best result of fourth place at Spa Francorchamps and Portimao.

In 2021, the pair returned, finishing fifth in the championship with two podiums at Barcelona and Paul Ricard and a fourth place at Monza.

Next year they will return with the aim of winning races as well as battling once again for the LMP3 championship title.

“I am excited to be racing with United Autosports and to team up with Wayne Boyd again for the 2022 MLMC season,” said John.

“The schedule looks awesome with the addition of Hungaroring and Imola as new tracks for us.

“We had a great 2021 season with several podiums and a chance at the title going into the final race.

“With Wayne's excellent driving and coaching, and the work from the whole team to provide a great car setup, we will build on the momentum from last year and fight for more podiums in 2022. I can't wait!”

And the feeling is clearly mutual, with Wayne relishing the challenges ahead.

“I’m so happy to be back with John and United Autosports in the Michelin Le Mans Cup,” said the local man.

“It’s great for John and I to continue for our third season and to keep the momentum going.

“John did such a great job this year, his pace and consistency allowed us to always be fighting for the podium each race.

“I’m sure we can improve further and fight for the championship next year. 2022 will be my seventh full season with United and it goes without saying the car they provide is always the highest standard.

“They are a fantastic group of people to be with.”

United Autosports have said they are thrilled to have the pair back on board.

“I’m delighted that John and Wayne will return to the team for a third year in the Michelin Le Mans Cup for 2022,” said a spokesman.

“They showed huge progression this year and I’m sure they will only build on that next year.”