Antrim cuemen get ready for the World Grand Prix 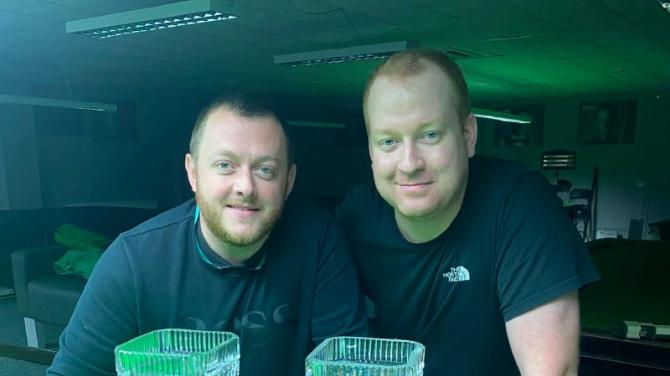 ANTRIM snooker stars Mark Allen and Jordan Brown are preparing to take part in the World Grand Prix, which starts this week.

The event rolls into Coventry from December 13-19 with the world’s top players all involved.

After Luca Brecel won the Scottish Open on Sunday night, defeating John Higgins 9-5, the field is now complete - and he’ll be taking on Antrim’s own Jordan Brown on Wednesday afternoon.

‘Antrim Ferrari’ Jordan Brown is already celebrating after he was elevated to a career high of 28th in the world, in the latest snooker global rankings.

Meanwhile, Mark Allen will play Judd Trump on Wednesday January 12 in the Masters 2022.