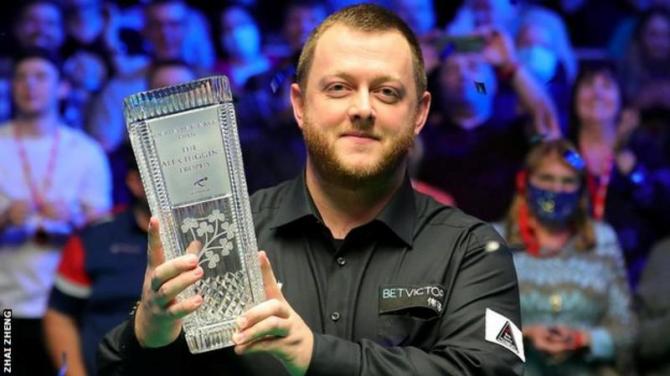 JUST half an hour before he took on World number two Judd Trump in the first round of the Masters, Mark Allen already had a smile on his face.

The Antrim snooker ace had just emerged from court - and after a torrid spell in legal limbo, it seems that his well-publicised woes are now behind him.

“The issues I was worried about regarding my future in the sport are gone now, all gone,” he revealed.

“That’s what December was about. I was under so much from the trustee given my bankruptcy that I might not be able to play snooker going forward.

“It wasn’t so much that he would tell me not to play, but it was the fact I would be playing just to pay him and I wasn’t prepared to do that.

“It could have been potentially two-and-a-half-years to pay him, but that’s all sorted now.”

Speaking on Wednesday, he said nothing was going to spoil his mood - not even a thrilling 6-5 defeat to Trump.

“I had a court hearing this morning which probably wasn’t ideal prep!” he said.

“I finished it at half past 12 and had to drive quickly to the venue. But it couldn’t have gone any better.

“I was in such a good mood during that match because win or lose I definitely won because of what happened this morning.

“Today was about my daughter and access to her. I provided all the evidence I had to and got everything I wanted from the judge.

“It was a really good morning for me, I was so happy. Win or lose, that wasn’t important to me.”

The Northern Ireland Open champ said that he was confident that better days now lie ahead.

“I believe I’ve done okay in the game considering the pressures I’ve been under for the last 18 months,” he said.

“I've still nicked a couple of tournaments, kept my ranking as well as I can.

“It's really hard. As much as people say just block it out and play snooker, that's nearly impossible to do when you’ve a lot of very, very important things going on in the background.

“I think I've handled it all very well but the shackles are off now. Hopefully good things to come.”

Allen then failed to take a great chance to make it 5-3 as Trump levelled, and the world number two went on to move 5-4 in front via a 135, which was the highest break of the tournament up to that point.

After Allen claimed frame 10 to force a decider, Trump wrapped up victory with a 62 break.

“Sometimes winning off the table is far more important. Would’ve been nice to do both right enough!

“Good luck to Judd for the rest of the event. Great to be involved in such a great event with a packed arena.

“Also a big shout out to MJ Kane Accountants. Definitely wouldn’t be progressing both on and off the table without their invaluable support.”