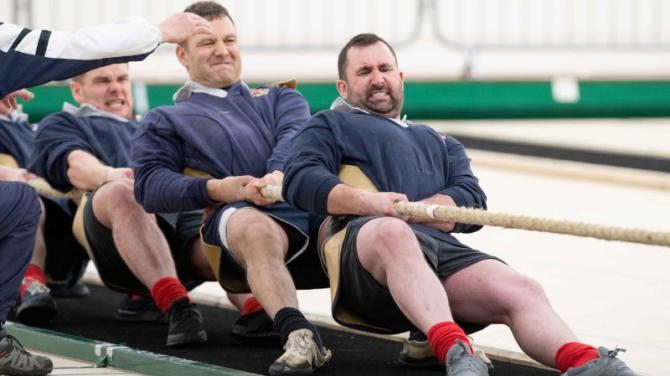 THE Jim Baker Stadium welcomed muscle bound teams this week for the British and Irish Tug of War Championships.

Tug of War originated in the great days of sail when teams of men were required to pull on lines to adjust sails while ships were underway or even in combat.

The sport was part of the Olympic Games from 1900 to 1920 but has not been included since.

But the appeal was clear to see this week as crowds gathered to watch the giants battle it out.

The event was organised by the Northern Ireland Tug of War Association - and the teams were all impressed by the facilities and the warmth of the welcome they received.

Many stayed at the Dunadry, and they put on a display of their skills for General Manager Pat Moran - who had the good sense to safely watch from the sidelines!

* See next week’s Antrim Guardian for more pictures from the competition.