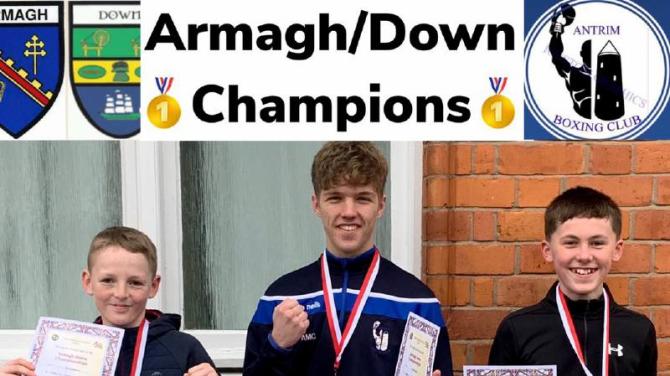 ANTRIM Amateur Boxing Club is celebrating after their young members pulled off some amazing results over successive weekends.

Nicole Clyde is now the Under 22 Irish Champion, just months after scooping the Ulster Elite title at the end of last year.

Now it seems almost certain that Nicole has secured her place on the Northern Ireland Commonwealth games team.

A spokesperson for the club said: “The work, the dedication and the commitment Nicole has shown over the years is now paying off.”

And this weekend past, three younger boxers had a great showing at the Armagh/Down Championships in Portadown, with all three competitors coming out on top.

Adam McCaughey added another title to his collection, Jude McLaughlin won his first ever championship and Callum McMillan picked up his second title in a week after winning six fights in six days.

Everyone at Antrim ABC has extended a ‘massive well done’ to the lads.