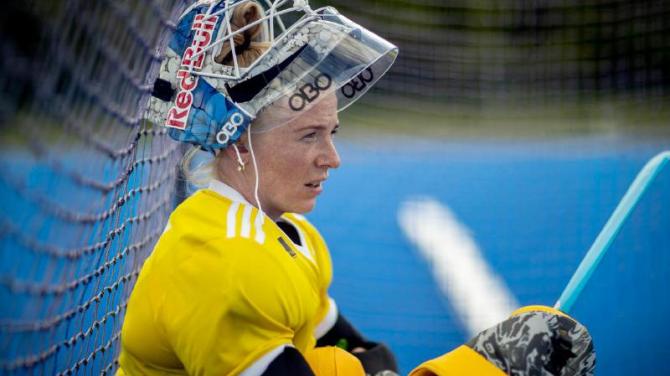 A NEW book has been written about former Randalstown Hockey player and World Cup silver medallist for Ireland, Ayeisha McFerran.

Her rise to hockey stardom started in 2014 at Randalstown, where she went on to make a name for herself and earn her first cap for Ireland's national team.

From there she played for Belfast-based side Pegasus, where she won the 2014–15 Women's Irish Hockey League title and was named as the league’s best goalkeeper.

The following year McFerran crossed the pond to start a field hockey scholarship at the University of Louisville in Kentucky.

Balancing studies with matchplay for the Louisville Cardinals, she crushed it on and off the field, and was named in the university’s All-American team of the year four years in a row.

When the time came to test herself against the very best, she headed to Holland, joining SV Kampong in Utrecht in 2019.

Ayeisha has also established herself in goal for Ireland's national team, with more than 100 caps and many great performances to her name.

She credited her Randalstown team mates with making her the player she is today.

When departing for Pegasus she said: “I am very sad about leaving Randalstown and the girls there were instantly welcoming as soon as I came to the club three seasons ago.

“They have certainly helped me become the keeper and the person I am today. Many of them I would class as great friends and I hope to stay in contact with them for a long time!”

The book by David Caren is part of the ‘Great Irish Sports Stars’ series for younger readers and is being published by O’Brien Press in March, priced at £6.55. It will also be available as an e-book and tells of Ayeisha’s rise from losing her Mum and moving into foster care, to sporting stardom.