Going for Gold! Dylan adds to his medal haul 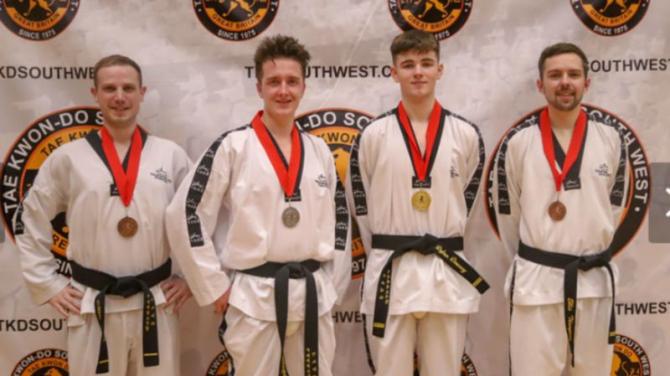 ANTRIM Taekwondo Club have proved once again that they are a formidable force to be reckoned with on the national stage.

Dylan Downey competed in the Adults Black Belt Sparring Middleweight division and comfortably out classed his appointments to win Gold and add another major title to his growing collection.

Ewan Hood was competing in the Patterns event and earned himself a well deserved Bronze medal.

Dylan and Ewan also teamed up to take part in the Sparring Team event.

They were on top form and eased themselves to the Gold medal position.

“Well done to the students from Antrim who competed at the South West of England Taekwondo Competition,” said a proud club spokesman.

Anyone who is interested in taking up Taekwondo please contact Lloyd Neeson 4th Dan Antrim TAGB Instructor on 07475 344466.