Success on a Plate for Town! 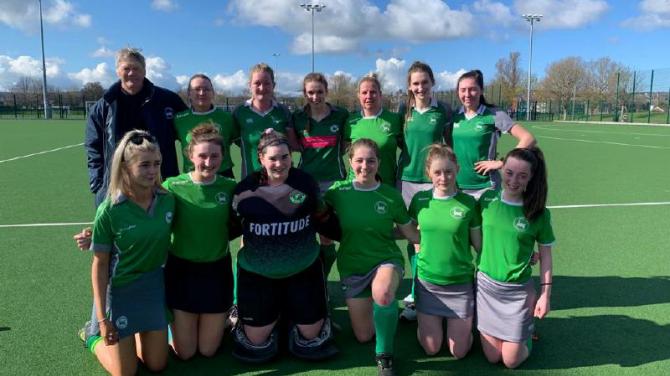 RANDALSTOWN Thirds made the journey to Ards on Saturday with the hopes of a much needed win to secure their place in the semi finals of the Junior plate - though they knew they would have a tough time against the league winners.

The first quarter saw equal possession and end to end play by both teams but Randalstown took the lead early after a break when Courtney Houston scored a rebound from the keeper.

The remainder of the game, however, told a different tale as Ards upped their game and began to dominate play slightly having the upper hand over the visitors beating them by pace.

Town’s defence made up by Shirley Reid, Faith Ervine, Lois Angell and Rebecca Kennedy, though were stronger and managed to keep them at bay along with some amazing saves from young keeper Gianna Lavery.

The game continued like this and by the last quarter and after winning penalty corners almost into the double digits, Ards were still struggling to get their equaliser.

Despite having several other opportunities themselves, Town managed the 1-0 win and will now face Ballyclare Ladies midweek in new hopes to get to those finals.

Team thanks went to Andy Gleghorne for helping the girls week in and week out and Jonny Clarkson for umpiring - and the loyal supporters who travelled.