Allen crashes out of World Championships 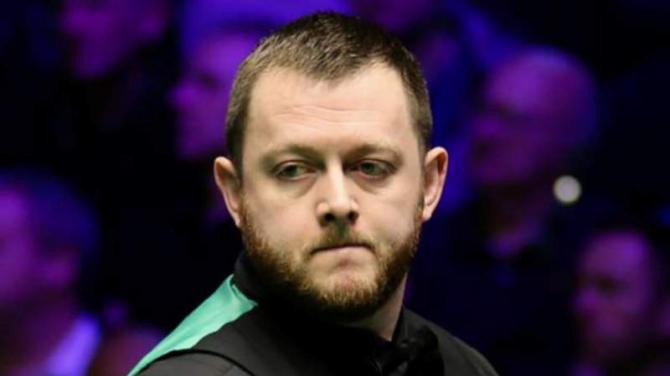 ANTRIM’S Mark Allen’s World Championship dream is over for another year after a tense second round defeat to old rival Ronnie O'Sullivan.

Leading 12-4 overnight, O’Sullivan duly won the opening frame of the session to seal victory and cruise into the quarter-finals of the World Snooker Championship for the 20th time.

The local snooker ace showed signs of feeling the pressure during the encounter.

In the tenth frame, Allen hit the table after failing to get position following a pot of the pink as the pressure took its toll.

He had banged in a red to open his account in the frame with the fan immediately shouting, ‘Come on, Mark!’.

It was presumably designed to encourage the local man - but the only trouble was it actually came across as a heckle after the pot left him snookered from every single red on the table.

It was swiftly backed up by an enthusiastic but equally misplaced cry of ‘shot!’ from another fan.

Allen responded with a smile and a sarcastic thumbs-up gesture to the fan who initially called out to him.

Speaking afterwards, Ronnie O’Sullivan said pressure was a huge part of the game.

“I think snooker can be one of the toughest sports – you’re away from home a lot, you don’t see your family, you’re just continually going round playing.

“I try to run, do my gym, keep my sanity and keep my health, but some people find what I do painful.”

The 46-year-old added: “Mark Allen is like, ‘What? I’ve got to run seven miles, go to the gym? I’d rather have a curry, have a few bets on the football and have a few beers with my mates’.

“That's how he deals with it. Steve Davis used to play chess. You’ve got to do what you've got to do.”

The comments seemed to be a response to Allen’s previous ‘digs’.

“A day in the life of Ronnie O'Sullivan - I’m not sure I would want to be in it,” Mark is quoted as saying.

“He’ll always bring a lot of off-table stuff with him, but that’s part and parcel of what he brings to the sport.”