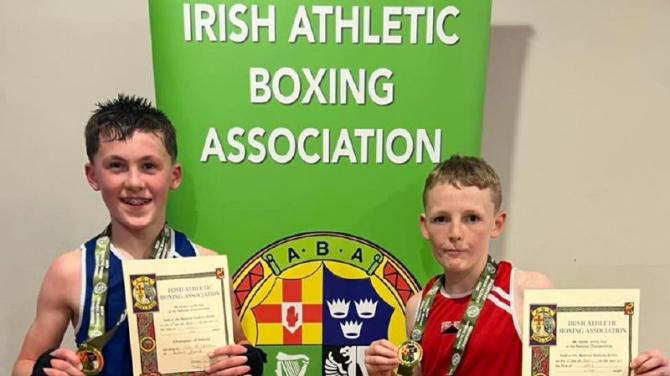 ANTRIM can boast not one, but two new boxing champions after two young athletes from Antrim Amateur Boxing Club tasted success over the weekend.

Relative newcomer Jude McLaughlin had six wins out of six so far.

The boys were fighting on Monday and Tuesday at the National Stadium in the All Ireland Boy/Girl 1,2 and 3 National Championships, and reached the finals by the weekend.

The boys were recently waved off on their travels with coach Gary Brady by sponsors, the Juice Bar at Antrim Forum.

A spokesperson for the club said: “Unbelievable - they’ve only gone and done it!

“Not one, but two new Irish Champions.

“Everyone involved with the club is so proud of these boys.

“Now you can finally go and enjoy your Easter eggs!”

The boys have also been congratulated by their school, Antrim Grammar and sponsors, The Juice Bar at Antrim Forum.