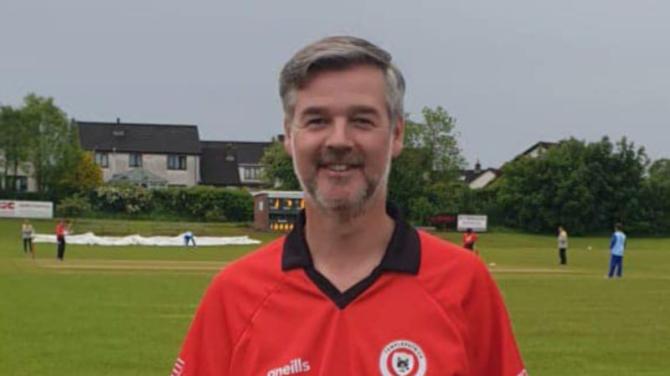 McCay has been given the award for services to hockey and the community in Northern Ireland.

The 33-year-old was part of the Ireland side that reached the 2018 World Cup final, before helping them qualify for the Olympics for the first time.

She was virtually ever-present, missing just 37 of Ireland's capped games in 14-and-a-half years.

McCay’s final match was Ireland's 2-0 defeat by Great Britain at the Tokyo Games in August and she is now a performance coach with Ulster Hockey.

Alongside her international exploits, the defender also enjoyed a lengthy club career with Randalstown, Ulster Elks, KHC Dragons in Belgium, Old Alexandra and Pegasus, where she was an EY Champions Trophy winner.

“This is a recognition that I never thought I would have got - it was completely unexpected and a really nice surprise,” added McCay.

“I feel incredibly lucky to be able to give back to the sport which has given me so much.”

“Andy’s tireless voluntary work spanning more than 30 years - as TCC Cricket Development Officer, coaching with NCU and Cricket Ireland representative youth sides, as an NCU coach mentor and also with Cricket Ireland as a Coach Education Course Tutor and Assessor - has been recognised with the award of the British Empire Medal “for services to cricket and to young people in Northern Ireland.”

The BEM is awarded in recognition of meritorious hands-on service to the local community.

TCC chairman John Busby said: “This award is very much deserved. Andy has been the main driving force behind the growth of Templepatrick Cricket Club for over 30 years.

“His hard work and dedication, establishing and growing our now thriving youth coaching programme, has been key in the club’s progression.

“He has given up thousands of hours of his own time to provide quality sporting opportunities for many young people throughout the country, encouraging them to enjoy the game of cricket and working with them to develop their cricket and personal skills.

“Despite having a busy professional and family life, he has worked tirelessly for all these years - both within TCC and across the community, as well as with the NCU and Cricket Ireland - coaching young players and mentoring new coaches, giving them the tools required to help develop future generations of cricketers at all levels.

“This is deserved recognition for someone who has given so much of their life to the promotion of cricket and the development of young cricketers and young people.

“I know that everyone at TCC, and in the wider cricket community, will be delighted for Andy and his family.”