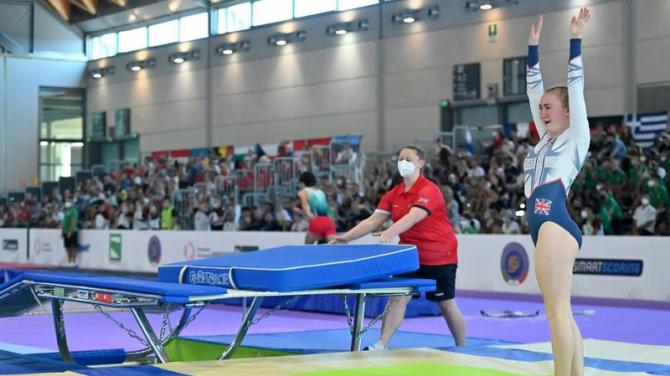 The 15-year-old produced a ‘faultless’ performance in the DMT Junior section in Italy.

It earned the Team GB teenager a huge score of 25.100 in the final.

“To win a gold medal at the European Championships was really special and to stand on the podium was amazing - it was a lot of fun,” she said.

The St Benedict's College pupil, who is a member of Antrim Phoenix DMT (Double Mini Trampoline) and Trampoline Club, will hope for more success at the World Championships later this year.

“I’d like to thank everyone who has supported me and helped me get to where I am,” added Molly.

“The European Championships were a lot of fun - a fantastic experience - and hopefully I can keep it going.”