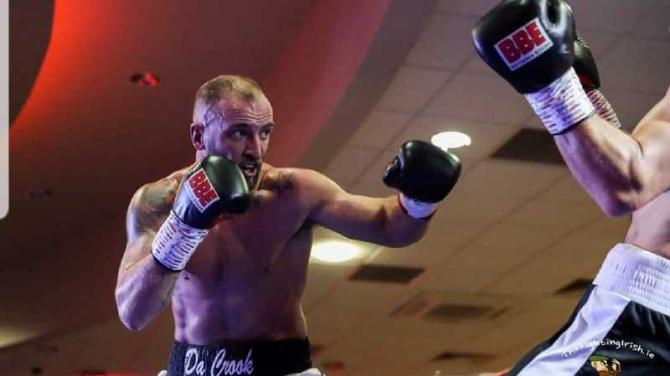 A BOXER from Antrim is set to take part in Ireland’s first ever official bareknuckle title bout next weekend.

Cruiserweight Conor ‘Da Crook’ Cooke, who runs Heat MMA in the town, has been fighting in various disciplines for around 15 years and is now setting his sights on his first Irish title, which he is aiming to bring back to Antrim.

Bareknuckle is a huge sport around the UK and America and Conor is hoping popularity will spread to Ireland north and south.

The Antrim fighter has confirmed he ‘decided to jump into bare knuckle game’ and will debut at a rescheduled event on Friday July 1 at a behind-closed-doors location in Northern Ireland, which will be livestreamed to ticket-holders for the original event in Dublin.