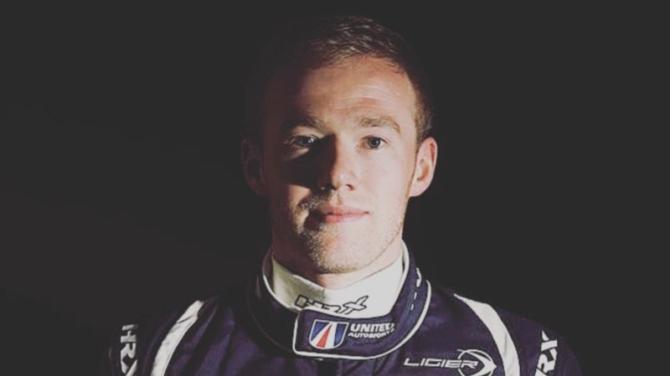 UNITED United Autosports - featuring Templepatrick driver Wayne Boyd - will head to the penultimate Michelin Le Mans Cup race of the season at Spa-Francorchamps in Belgium in September in contention for a top-three placing in the Teams’ Championship.

Number 32 and Number 2 lie 15th and 25th respectively after five races – the latest having taken place at Monza at the weekend.

It was incident-filled from start to finish with multiple Safety Car and Full Course Yellow periods.

Number 22 made up multiple positions in the opening laps but ended its race at Turn 1 after 12mins.

Latorre locked up after the car ahead appeared to brake early and spun before contact while Number 23 (Schauerman) spun out of a strong seventh following a touch.

He resumed at the back of the field with 25mins gone while Number 32 (Schneider) ran inside the top-10 and Number 2 lay in the top-20, Andrew Haddon, deputising for Shaun Lynn, enjoying his maiden LMP3 race on his UA debut.

Numbers 32 and 23 ran 10th and 19th prior to pitting after 53 minutes under FCY with Number 32 (Meyrick), Number 2 running slightly longer before stopping for Lynn, and Number 23 (Boyd), seventh, 14th and 19th respectively when racing resumed with 47 minutes to go.

Fifth-placed Number 32 served a late drive-through penalty for an earlier contact, dropping to seventh but still Number 32’s best result of the season, while a string of outright fastest race laps by Boyd – Wayne ending up with the second fastest of the race – brought Number 23 to within less than four-seconds of a top-10 finish in eleventh after a remarkable recovery. Meanwhile Number 2 also recorded its best result of 2022 with a fine fifteenth place.

Wayne Boyd said: “It wasn’t the result we were hoping for but there are many positives to take into the last two races.

“The team did a great job all weekend and just a bit of bad luck early on cost us dearly but we’re still in a strong position in the championship so there’s everything to play for in Belgium and Portugal.”

“Two cars ahead were dicing but collided through Parabolica.

“I tried to sneak by but the car came back on to the track and we touched.

“It spun me around and then I couldn’t get the car re-started.

“Wayne did a great job and almost made it into the points but it was a wasted opportunity because we had a really good chance of a podium finish.”