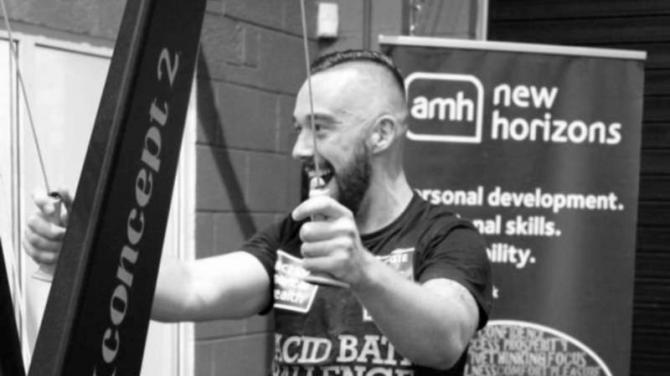 A LOCAL fitness fanatic is undertaking yet another mammoth trial to help raise funds for a charity that’s very close to his heart.

No stranger to a charity challenge, Daniel Logan will be aiming to complete four marathons back-to-back in one sitting.

The 26.2 miles will be completed on a ski machine, rowing machine and two types of cycling machine.

The duration of the marathon on each piece of equipment will take on average two to three hours, hoping to finish the challenge in ten hours.

Antrim man Daniel said: “Every year I take on a massive fitness based event to raise money for those who are going through times of hardship when struggling due to ill health both physically and mentally.

“Having struggled with mental health illness in the past I know how beneficial this can be to someone in need, and one of my core values is to give back as much as I physically can to those who are unfortunate enough to need it.

“Born and raised in Antrim I have done various charity events for different charities before and never got to see first-hand where the funds were going are how they were being used.

“That’s why I’ve decided to do this event in aid of Links2pink.

“This Antrim based local charity that does amazing things for the community.

“I have been blessed to cross paths with Elaine McCormick, someone who I can now call a very close friend.

“She has been with links2pink from the outset.

“As the current treasurer of the charity, she oversees all donations coming in and funding going out so I know exactly the impact that my efforts will have and how beneficial it will be to the community.”

Celebrating their first decade in operation this year, Links2pink is a small charity based in Antrim, established in 2012 with the primary focus being to help families during times of hardship when suffering due to illness – either physical or mental.

The original committee was made up of fourteen local women with a passion for helping others and making a difference in the community in which they lived.

They began by running a few events to raise funds for the Breast Care Clinic in Antrim Hospital, and they quickly realised that they could reach so many others who were suffering hardship during times of illness.

The event itself will take place in Evolve Health & Performance and Daniel will also be live streaming the entire event on Sunday September 18 over on his Facebook and Instagram page.

To donate towards the £1000 target, log on to https://links2pink.enthuse.