Randalstown too good for Lurgan 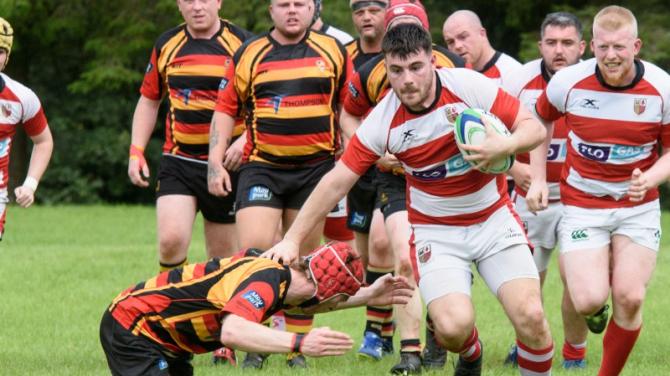 RANDALSTOWN entertained newly promoted Lurgan at Neillsbrook on Saturday, with conditions perfect for an open game of rugby.

It was the visitors who took the initiative and were rewarded with a well taken try after only four minutes’ play, the conversion from the touchline giving them al deserved 0-7 lead.

This set-back seemed to focus the home side and after a period of sustained attack, Town captain David Smith stormed over for a try which Martin Connolly converted to bring the sides level after 20 minutes.

For the rest of the first half it was the home side who were in control and two further converted tries from Peter Knowles and Coby Mason gave them a 21-7 lead.

However Lurgan kept themselves in the game with a penalty just before half time to leave the interval score, 21-10.

The second half saw the Randalstown backs launch a number of attacks on the Lurgan line and good support from the home forwards gave Marty O’Neill the chance to score a well taken try which Martin Connolly converted.

Randalstown were now in control of the game but credit to Lurgan as they continued to make life difficult for the homeside with excellent defence.

Two further tries from Dee Millar and winger Jack Dempster, both of which were converted by Coby Mason, saw the home side go into a 42-10 lead.

Lurgan scored a try in the last minute of the game to make the final score 42-15.

Coach Gary Longwell was pleased with the overall performance of the team whose free programme this Saturday will ensure a well deserved break.

Next up for Randalstown is a difficult home game against Lisburn on Saturday, September 15.