Kyle hangs up his boots after horrific head injury 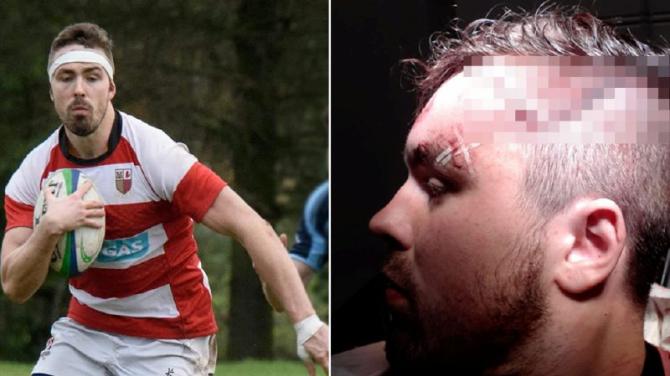 The injury occurred with the vital fixture only ten minutes old, after an accidental coming together with an opposition player’s boot.

Kyle got into an awkward position in a tackle and the opponent’s boot sliced right through the Randalstown player’s scalp, causing immediate concern on the field.

The 27-year-old says he lost a huge amount of blood and almost passed out several times.