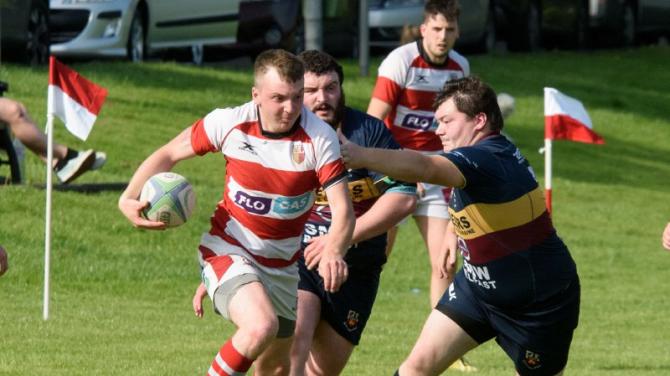 FOLLOWING an opening league defeat against Ballymoney and then a Junior Cup victory over Coleraine, Randalstown Rugby Club’s 1st XV were in Conference League action at the weekend when they hosted Banbridge Second XV.

Their opponents were a strong Banbridge side that could select their 1st XV replacements as they had no game.

Randalstown, though, helped their opponents to their 17-32 victory with a number of errors amongst some good attacking play.