Randalstown lose to Omagh in their final Conference fixture 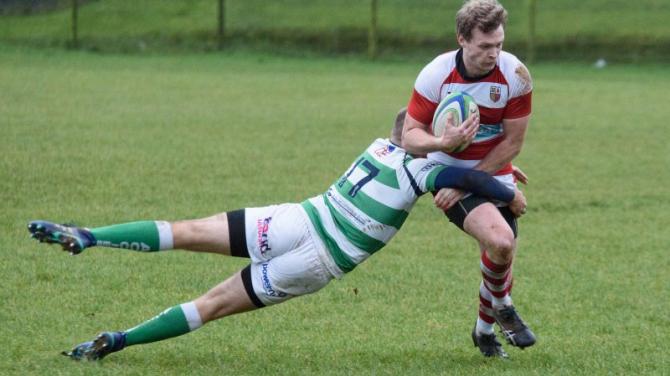 RANDALSTOWN First XV entertained Omagh Second XV in their final Conference League match of the season at Neillsbrook on Saturday.

The early exchanges favoured the homeside who should have taken the lead given the amount of possession they had but unfortunately failed to.

It was then Omagh who took the lead in the 20th minute with a well taken score.

Randalstown though continued to attack the Omagh line but poor ball retention meant that they were unable to turn pressure into points.

A second Omagh try after 30 minutes gave the visitors a well-deserved 0-12 lead as the half ended with Randalstown unable to break through the well-organised visitors’ defence.

The second half was pretty much a repeat of the first with the home side unable to get the try that would bring them back into the match.

Out-half Chris McGoldrick did though slot over a penalty to give them some hope at 3-12.

However, it was Omagh who scored next when they got their third try in the 60th minute from a well worked forward move that made the final score 3-19.

This week the 1st XV return to Qualifying League 2 action with what is sure to be a tough trip to Ards.