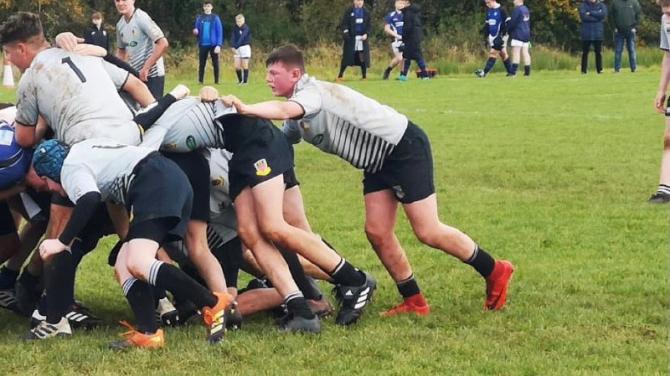 AARON Armstrong, currently a year 11 pupil at Parkhall Integrated College, is certainly making a name for himself in local rugby circles!

Following his introduction to the sport in Primary 1 by Randalstown RFC, Aaron played for Parkhall Integrated College’s teams in Years 8 and 9.

He then joined Ballymena RFC as an under-14, where they quickly identified his precocious skills.

Playing at the influential position of Number Eight, he was nominated for Ulster Development Trials in 2019.

Despite a series of cuts to the squad and the interruption of COVID , the talented teenager has been selected for the final panel of 21 within the North Area Region.

This all suggests that Aaron has a bright future ahead of him in the sport but, more immediately, a very busy summer, when his age group in the Ulster squad will be training twice a week throughout July and August.

His school are very proud of what he has achieved to date - and are looking forward to where his rugby journey will ultimately take him.

“Parkhall Integrated College will obviously be following his career in the sport with great interest,” said a spokesman.

“It goes without saying that we all wish him all the best for the months and years ahead.

“Aaron is to be praised for his hard work and effort - along with his mum and dad for pushing and supporting him every step of the way.”