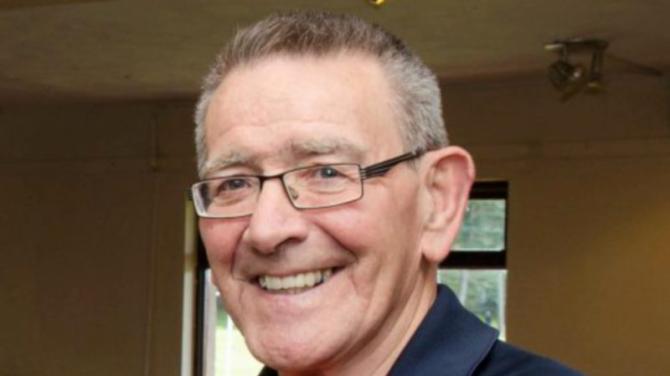 JUST over a year since his death, Derek Waddell looks set to be forever linked to the Club he loved so well.

Randalstown Rugby Football Club have been in talks with the council to consider naming the rugby area of Neillsbrook Park in his honour.

Derek was involved with the Rugby Club for decades and they felt that a lasting tribute to his long commitment to the sporting community was appropriate.

The Guardian understands that the council has recommended that local reps approve the move when they meet this week - and that a plaque should also be erected in his honour.

Derek died after a short illness in early 2021.

During that time he carved out an indelible niche, both at home and abroad, as a man with an infectious passion for the sport.

The Club’s Executive Committee paid tributes to a local man who certainly made his mark.

“Randalstown RFC are devastated and saddened to inform of the passing of former player, coach, president, chairman, treasurer, bar convenor and general Club legend, Derek Waddell, after a short illness,” they said in a statement at the time.

“Derek was a cornerstone of Randalstown RFC for the best part of six decades and it cannot be understated how much Derek dedicated himself to the Club that he loved and cherished through his long and illustrious tenure with RRFC.

“‘Ducky’, as he was affectionately known, was ever present at Neillsbrook and seldom missed anything to do with the Club and was involved in its development helping to grow the Club through many years of service to its current solid foundations financially, in rugby matters and in its status within the local community.

“The Club passes their condolences to his beloved wife Margaret and the entire family circle at this incredibly difficult time and the Club aims to prepare a fitting tribute to Derek in the coming days in order to recognise his years of dedicated service and the legacy he left behind.

“It is hard to think of the Club without Derek around, however we know that he will want the Club to continue to grow and remain the close family Club that he helped build over so many years.

“He will be sorely missed by everyone associated with our Club.

The president of the Irish Rugby Football Union agreed that Mr Waddell would be sorely missed.

“On behalf of the IRFU, I would like to offer deepest sympathy on the passing of Randalstown RFC club member Derek Waddell,” said Des Kavanagh.

“To his family and friends and to his rugby family in Randalstown RFC, please accept my sincerest condolences at this difficult time.

“Reading through some of the many tributes on line, I am struck by the esteem that he was held in and I acknowledge and salute what I have learned of his life in rugby.

“I hope that you will, at some stage soon, be able to toast his memory in your club.”

And that they will - at the Derek Waddell pitch at Neillsbrook.